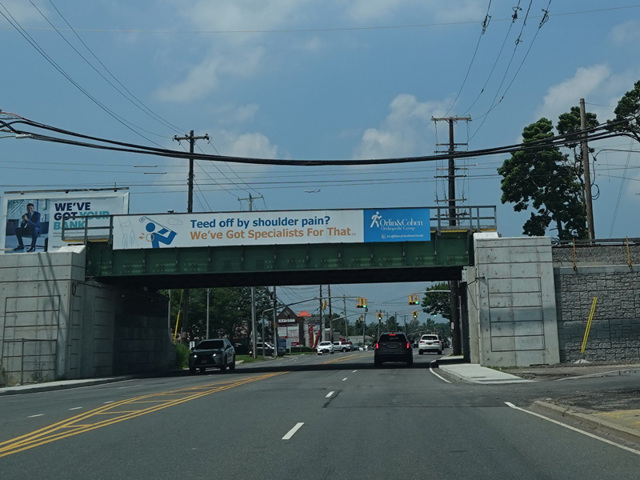 CR 1 is a major local north/south route in northern central Nassau. It begins at Peninsula Boulevard (CR 2) in Hempstead as Clinton Road and runs north through Hempstead and Garden City. At Old Country Road (CR 25), it changes names to become Glen Cove Road. It runs directly north until Northern Boulevard (NY 25A), where it curves to the northeast. Slightly further north, CR 1 ends and Glen Cove Road takes on the unsigned designation of NY 904 and the reference route number 900B. It continues north as NY 904 and NY 107 to Glen Cove, where it ends. The entire length of CR 1 has four lanes and most of it is undivided.