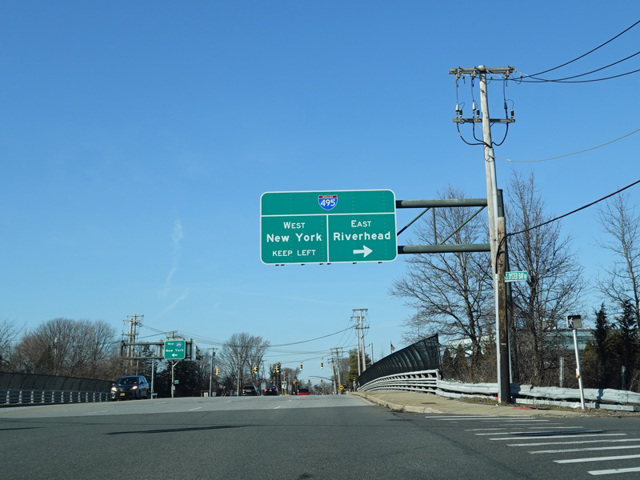 CR 9 is a major north/south route is the eastern section of Nassau. The first section is a four-lane undivided road called South Oyster Bay Road, which begins at Hicksville Road (NY 107) in Bethpage and runs north. There are interchanges with the Northern Parkway and the Long Island Expressway (I-495). South Oyster Bay Road ends at Jericho Turnpike (NY 25) in Syosset. CR 9 narrows down to two lanes and changes names to become Jackson Avenue. Near the Syosset train station, Jackson Avenue curves to the east and changes names to become Cold Spring Road. CR 9 splits off onto Berry Hill Road, which begins at this point and runs north to Northern Boulevard (NY 25A) in Oyster Bay Cove. Berry Hill Road continues north of NY 25A as an unnumbered county road.