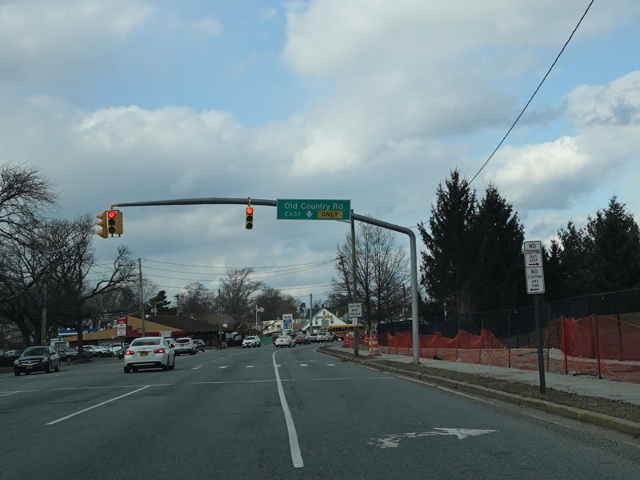 Merrick Avenue is a major north/south route in southern central Nassau. It becomes a county route at Merrick Road (CR 27) in Merrick and runs north, parallel to the Meadowbrook Parkway. North of Hempstead Turnpike (NY 24), it is the western boundary of Eisenhower Park. It ends at Old Country Road (CR 25), north of which it becomes Post Avenue. The southern section of Merrick Avenue has two lanes and the northern section has four lanes. Most of it is undivided.