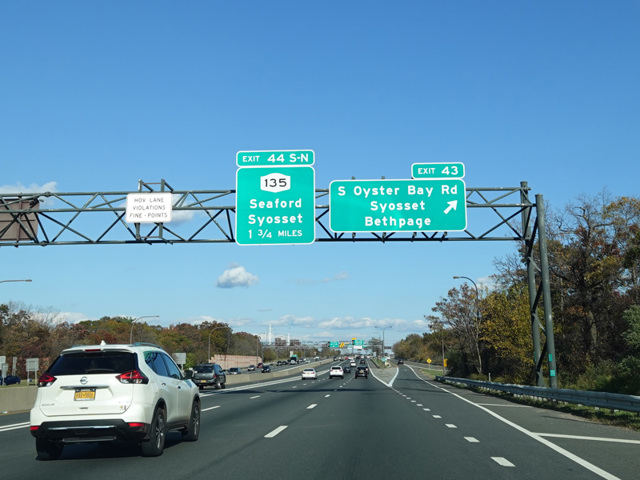 I-495 begins at East 36 Street and 2 Avenue in Manhattan. It passes through the Midtown Tunnel, which goes under the East River to Queens. The tunnel emerges in Queens and I-495 becomes the Long Island Expressway, the main highway for Long Island. It runs east through Queens, Nassau, and a large section of Suffolk to Old Country Road (CR 58) in Riverhead. Between the Queens-Nassau county line and exit 64 in Suffolk, there are four lanes in each direction, one of which is a High Occupancy Vehicle (HOV) lane for buses, carpools, and hybrid cars. Elsewhere, there are three lanes in each direction. There were plans to extend the Long Island Expressway east to Mattituck or Orient Point, but this never happened.

The Lincoln Tunnel and its approaches are designated NJ 495. This is not a coincidence. Robert Moses planned a Mid-Manhattan Expressway, connecting the Lincoln Tunnel to the Midtown Tunnel. The exit numbers on the Long Island Expressway begin at 13 because lower numbers were reserved for the Mid-Manhattan Expressway. Had this plan been carried out, there would have been a continuous I-495 from the New Jersey Turnpike (I-95) to Old Country Road (CR 58).