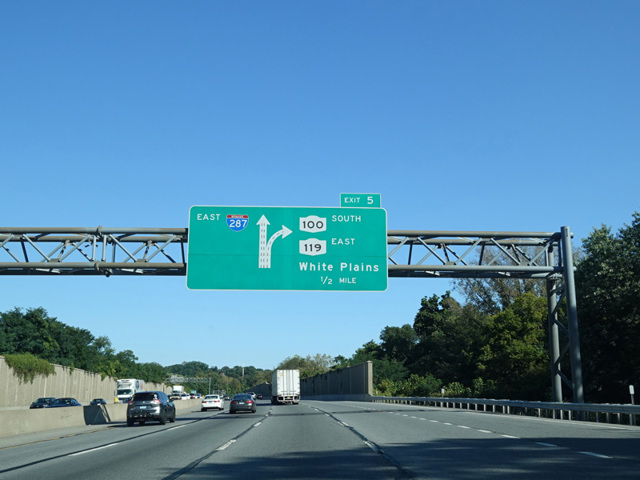 I-287 enters New York from New Jersey in Rockland County. It immediately merges with the New York Thruway (I-87) and is multiplexed with it through Rockland and across the Tappan Zee Bridge to Westchester. On the other side of the bridge, it splits off from the Thruway and becomes the Cross Westchester Expressway. It runs east through White Plains to Rye, where it ends at the New England Thruway (I-95), just south of the Connecticut border.