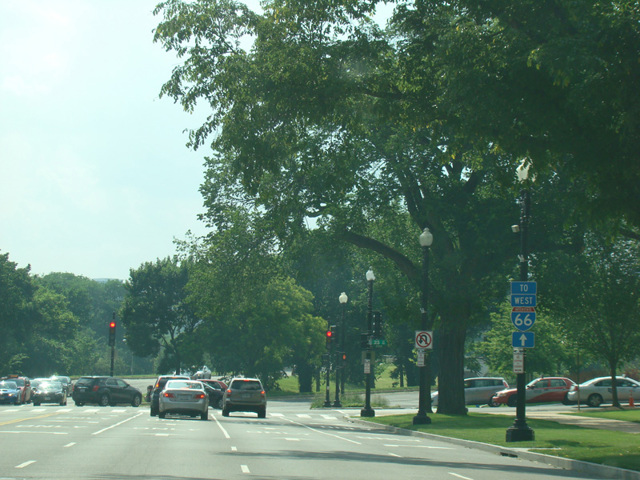 US 50 is a major east/west route crossing the country from West Sacramento, California, to Ocean City, Maryland. It enters the District of Columbia multiplexed with I-66 over a bridge across the Potomac River. On the other side of the bridge, it immediately splits off to become Constitution Avenue NW, which runs along the north side of the National Mall. A few blocks east of the Washington Monument, US 50 turns north onto 6th Street NW and then east onto New York Avenue NW, which after a few blocks becomes New York Avenue NE. It runs east to the border with Maryland, where it becomes the John Hanson Highway.