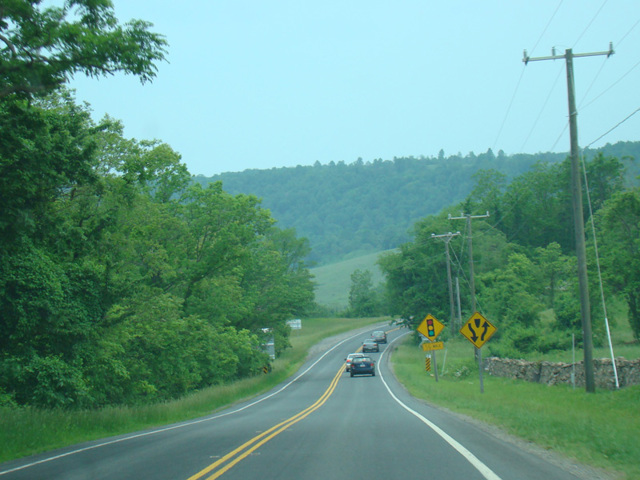 US 50 is a major east/west route crossing the country from West Sacramento, California, to Ocean City, Maryland. It enters Virginia from West Virginia in the Appalachian Mountains. The first section, known as Northwestern Pike, runs through the Shenandoah Valley to Winchester. There, it changes names to become Amherst Street and then Boscawen Street. It turns south onto Braddock Street, which is follows for a few blocks to US 11. It is multiplexed with US 11 for two blocks to the east along Gerrard Street and then with US 522 for about half a mile to the southeast along Millwood Avenue. Millwood Avenue ends, and US 50/US 522 turns east onto Millwood Pike. There is an interchange with I-81, and then US 522 splits off to the south onto Front Royal Pike.

Heading out of Winchester, Millwood Pike changes names to become John S. Mosby Highway. As it passes through Middleburg, it is known as Washington Street and then Lee Jackson Highway as it leaves the town. It continues southeast toward Washington. In Fairfax, it turns east onto Arlington Boulevard. After crossing and having an interchange with the Capital Beltway (I-495), Arlington Boulevard becomes a large divided highway with service roads and a mixture of traffic lights and grade-separated interchanges. At the end of Arlington Boulevard in Arlington, US 50 merges with I-66. The two routes are multiplexed across a bridge over the Potomac River into the District of Columbia.