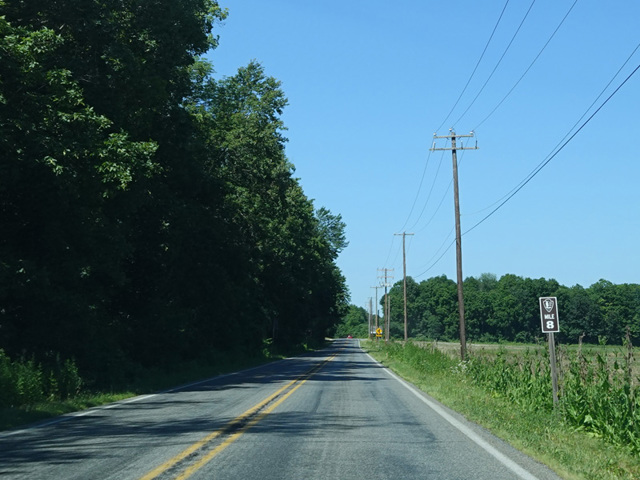 US 209 is a diagonal route extending northeast and southwest between Millersburg, Pennsylvania, and Kingston, New York. It begins at PA 147 in Millersburg. It does not connect to any other US route at the southern terminus. However, it begins a few blocks away from a ferry across the Delaware River to US 15. For most of its length in Pennsylvania, US 209 is a two-lane undivided road through rural areas and small towns. In Effort, it joins the William Penn Highway (PA 33) for a couple of exits and then splits off to become a four-lane divided highway with some traffic lights that runs diagonally for a little over a mile to I-80, with which it is multiplexed for a few exits. There is a business route through the local streets of Stroudsburg in this area. US 209 splits off from I-80. Near Bushkill, it enters the Delaware Water Gap National Recreation Area. Within this park, it is maintained by the National Park Service. It eventually reaches the northern end of the park at Milford, where it joins US 6. The two routes are multiplexed east to Matamoras, where there is a bridge across the Delaware River to New York.