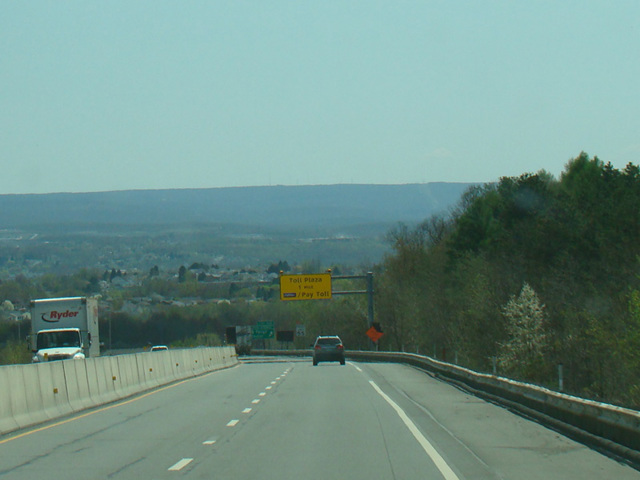 I-476 is a north/south highway extending from the suburbs of Philadelphia to Clarks Summit, north of Scranton. The southernmost section is the Mid-County Expressway, also known as the Blue Route, which extends from the Delaware Expressway (I-95) in Chester to the Pennsylvania Turnpike (I-276) in Plymouth Meeting, running through the suburbs west of Philadelphia. North of Plymouth Meeting, I-476 becomes the Northeast Extension of the Pennsylvania Turnpike, a toll highway that runs on the same ticket system as the mainline of the Pennsylvania Turnpike (I-76/I-276). It extends north through the Lehigh Valley and the Poconos to the suburbs of Scranton. In Clarks Summit, it curves around to the south, has an interchange with I-81, and then ends at Northern Boulevard (US 6/US 11).