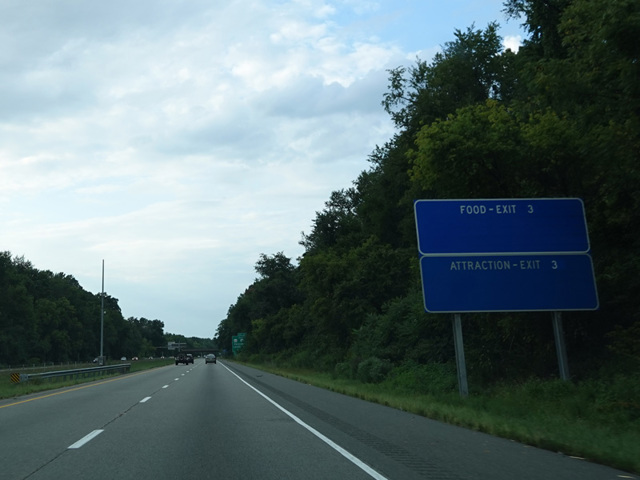 The section of I-295 in Pennsylvania is designated an east/west route, although it actually runs north and south. This is done to avoid having it flip direction from north to south and vice versa as it loops around Trenton, causing confusion among motorists.

Until 2018, there was no interchange between the Delaware Expressway and the Pennsylvania Turnpike. Prior to the opening of the interchange that exists today, I-95 continued north along the entire length of the Delaware Expressway and into New Jersey, where it became I-295 at its interchange with Brunswick Pike (US 1). The Pennsylvania Turnpike carried the I-276 designation all the way to the border with New Jersey, where it became an extension of the New Jersey Turnpike (I-95).