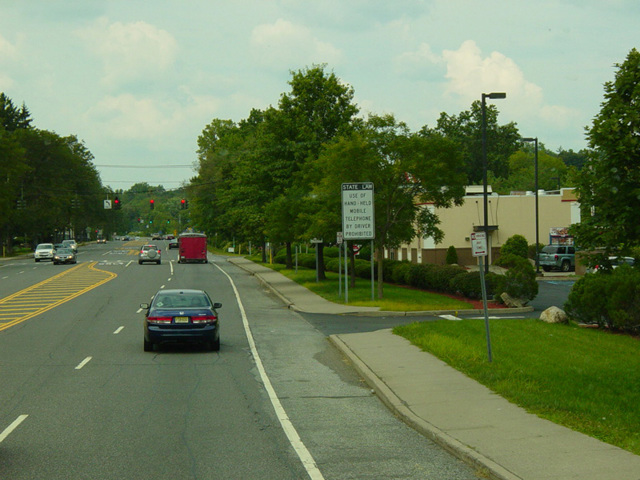 NY 304 is a major north/south route in Rockland County, extending from the border with New Jersey to Congers. In most areas, it a four-lane road with traffic lights. There is a short expressway section extending from just north of the state line to just south of the New York Thruway (I-87/I-287). It has no interchange with any other expressway or parkway. North of the end of the expressway section, NY 304 crosses the Thruway and the Palisades Parkway, but it has no interchange with either. Near its northern terminus, NY 304 narrows down to two lanes.

Many years ago, NY 304 followed a different alignment from New City to Congers. It was routed along South Main Street through New City and then along what is now CR 29 and CR 90. For this reason, there are some street signs along CR 29 and CR 90 that read "Old Route 304."