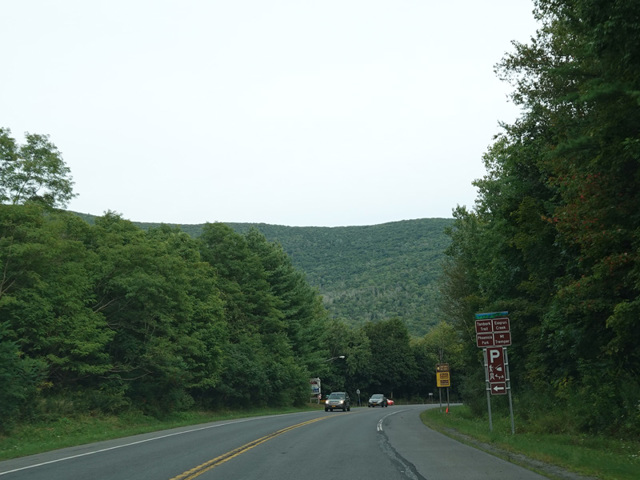 NY 28 is a semicircular route in Upstate New York. It begins at NY 32 in Kingston. The first section is a short expressway with no exits called Colonel Chandler Drive, which is also designated I-587. It ends at a traffic circle, where there is access to the New York Thruway (I-87). NY 28 continues west to Margaretville, then northeast to Oneonta, then north to Mohawk. It crosses the Erie Canal to Herkimer, where it has an interchange with the New York Thruway (I-90). North of Herkimer, it curves to the west again and meets NY 12 north of Utica, just past where its expressway section ends. The two routes are multiplexed until Forestport, where they split. NY 28 gradually curves back to the east, running through the Adirondack Mountains. After passing through the mountains, it curves back to the southeast to run at US 9 in Warrensburg.

Given its semicircular route, NY 28 does not have a consistent north/south or east/west designation. It is signed as an east/west route in the area near Kingston, then as a north/south route further along as it passes through Mohawk and Herkimer. As it curves back to the southeast toward Warrensburg, there is no directional signage either way.