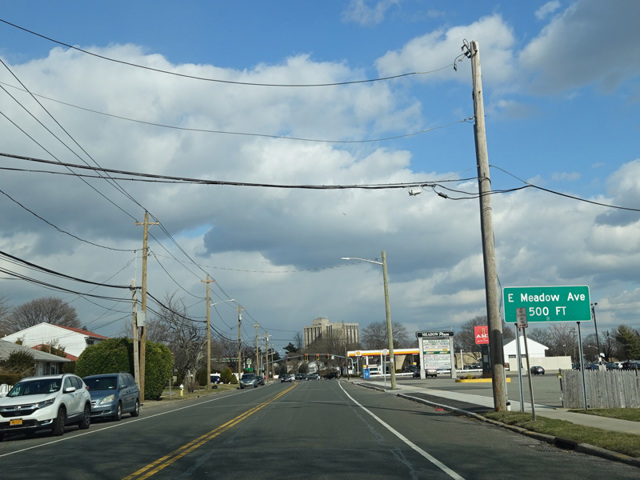 Front Street is an east/west route through the area of Hempstead, Uniondale, and East Meadow. It has both of its termini at Hempstead Turnpike (NY 24) and runs slightly to the south of it. Front Street is designated NY 102, but there are very few signs giving the route number, especially on the cross streets. Even Merrick Avenue (CR 4) and Peninsula Boulevard (CR 2) have no signs giving the route number where they cross Front Street. The entire length is a two-lane undivided road. Front Street passes under the Meadowbrook Parkway, but there is no interchange. The westernmost section in the Village of Hempstead is locally maintained and is also designated Nassau CR 106. (Like all county routes in Nassau, this designation is not posted. If it were, it would inevitably be confused with NY 106, with which it has no connection.)