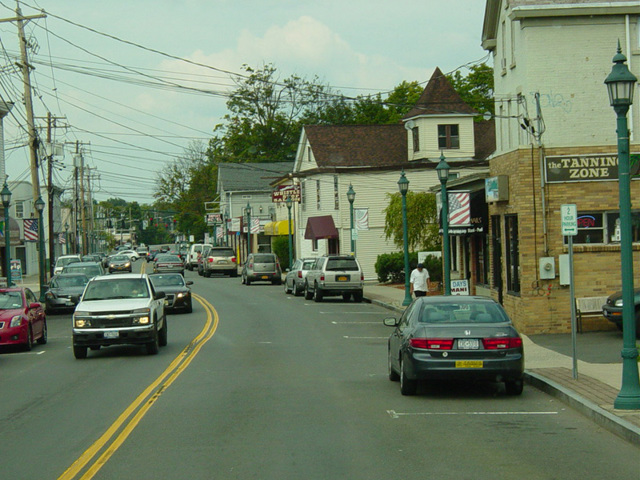 CR 33 is a major north/south route in Rockland County. It begins at NY 304 in Pearl River and runs east for a few blocks along Central Avenue before turning north onto Middletown Road. Middletown Road runs north through Pearl River and Nanuet before crossing NY 59. It passes under the New York Thruway (I-87/I-287), but there is no interchange. A short distance to the north, it has an interchange with the Palisades Parkway. It continues north through New City, changing names to become Little Tor Road and then Central Highway. Central Highway snakes its way between High Tor State Park and South Mountain County Park before ending at East Ramapo Road (US 202). CR 33 is multiplexed with US 202 for a few blocks to the east before turning north again onto Main Street. CR 33 follows Main Street north to Stony Point, where it ends at Central Drive (CR 106).

Note that Central Avenue between NY 304 and Middletown Road is officially designated CR 30 and shown as such in state and county documents. However, it is signed as CR 33 and is therefore considered to be part of CR 33 for the purposes of this web site.