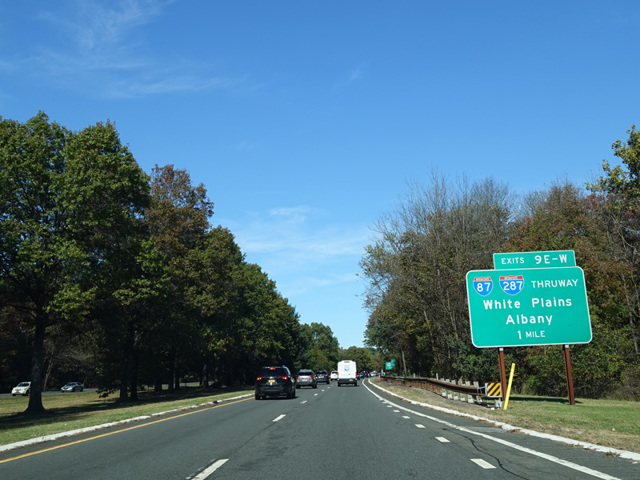 The Palisades Parkway is a north/south highway in the northern portion of New Jersey and Rockland County, New York. It enters New York from New Jersey near the Hudson River and runs north through Rockland County. It ends at a traffic circle in Bear Mountain State Park, where there is access to the Bear Mountain Bridge (US 6/US 202) and US 9W. US 6 is routed along the parkway for its last few exits.

The Palisades Parkway is formally known as the Palisades Interstate Parkway because it exists in both New York and New Jersey. However, despite what this name might lead one to believe, it is not an interstate and trucks are prohibited from it as they are from most other parkways.