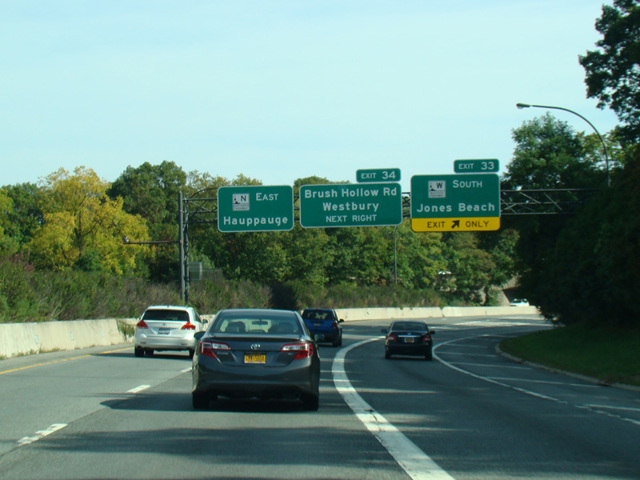 The Northern Parkway is a major east/west route for the north shore of Long Island. It begins at the Queens-Nassau county line where the Grand Central Parkway ends. It runs parallel to the Long Island Expressway (I-495) throughout Nassau and western Suffolk. It ends at Veterans Highway (NY 347/NY 454) in Hauppauge. It is commonly referred to as the Northern State Parkway because it's maintained by the state, but this is a bit of a misnomer because it does not go through the northern part of New York State.