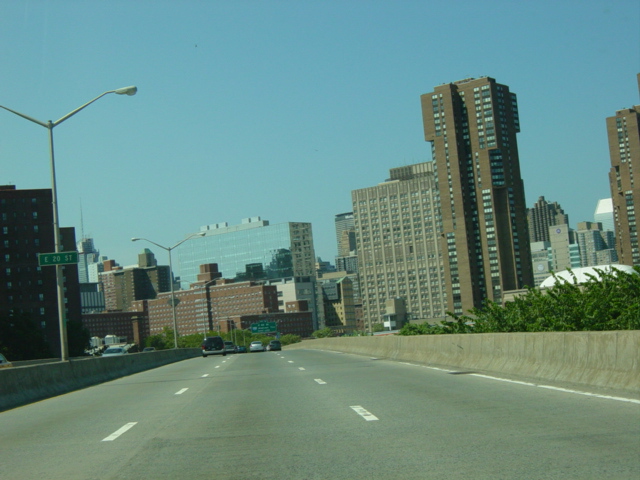 The FDR Drive is a highway that runs along the east side of Manhattan. Even though it does not have the word "parkway" in its name, the FDR Drive is considered a parkway because it is a limited-access highway that is not open to commercial vehicles. It begins at West Street (NY 9A) and the Hugh L. Carey Tunnel (I-478), which was formerly known as the Battery Tunnel, in Downtown Manhattan. It runs north along the East River. At the RFK Bridge (I-278), the FDR Drive ends and becomes the Harlem River Drive. The FDR Drive was originally known as the East River Drive and was renamed after the former president of the United States, Franklin D. Roosevelt.