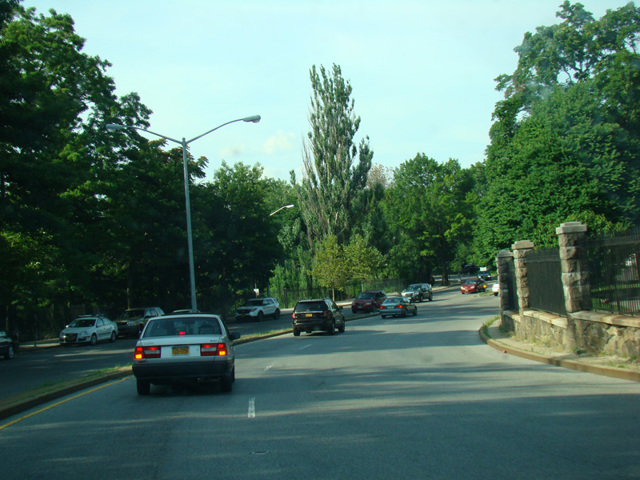 Southern Boulevard is a major north/south route in the Bronx. It begins at Bruckner Boulevard near the RFK Bridge (I-278) and ends at the Mosholu Parkway near the New York Botanical Garden. It is a two- to four-lane undivided road in most areas. Between Westchester Avenue and Boston Road, there are elevated subway tracks over Southern Boulevard. The northernmost few blocks, between East Fordham Road (US 1) and the Mosholu Parkway, are divided and are alternatively known as Dr. Theodore Kazimiroff Boulevard.