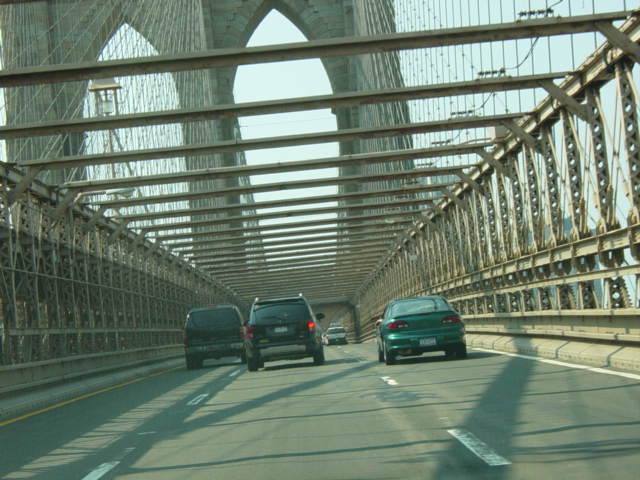 The Brooklyn Bridge is a suspension bridge over the East River, connecting Brooklyn and Manhattan. Its construction was completed in 1883, making it the oldest bridge still standing in New York. It has the distinction of being New York's first suspension bridge and is one of the most famous bridges in the city. The bridge has two levels. The lower level carries cars, with three lanes in each direction. The upper level carries pedestrians and bicycles. Trucks are prohibited from the bridge. Unlike the Manhattan Bridge and the Williamsburg Bridge, which also connect Brooklyn and Manhattan, the Brooklyn Bridge does not have subway tracks.