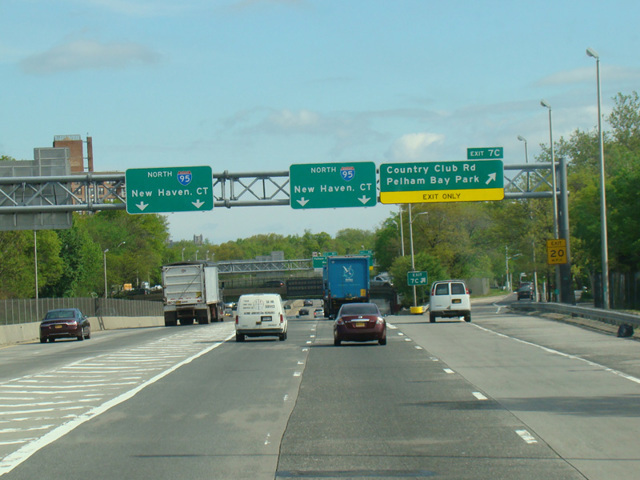 I-95 is a main interstate that runs along the east coast from Florida to Maine. It enters New York State at the George Washington Bridge, which crosses the Hudson River, connecting New York and New Jersey. The first section in New York is the Cross Bronx Expressway, which begins in Manhattan and runs east. It goes over the Alexander Hamilton Bridge, which crosses the Harlem River to the Bronx. The Cross Bronx Expressway runs southeast across the Bronx.