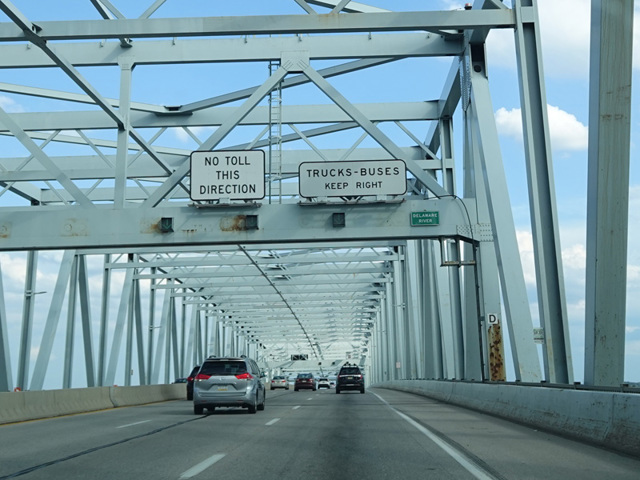 The Betsy Ross Bridge crosses the Delaware River between Philadelphia and its suburbs in New Jersey. The bridge is named after the creator of the American flag. On the Pennsylvania side, it connects to the Delaware Expressway (I-95). On the New Jersey side, there is a short approach freeway that merges into NJ 73 after a couple of miles. The bridge and its approach on the New Jersey side are designated NJ 90. New Jersey recognizes NJ 90 as ending at the state line, but it is shown on Pennsylvania maps as extending across the bridge to Philadelphia, and there are NJ 90 shields on the Delaware Expressway (I-95).