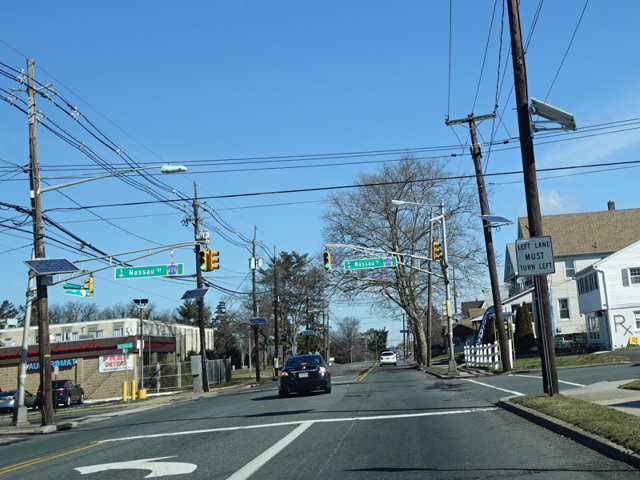 NJ 171 is a northern extension of US 130 into New Brunswick. At its interchange with US 1 in South Brunswick, US 130 changes designation to become NJ 171 and quickly narrows down to become a two-lane undivided road. The first section is known as Georges Road and extends about two miles north into New Brunswick to end at Paul Robeson Boulevard, which was formerly known as Commercial Avenue. NJ 171 makes its way through the downtown area of New Brunswick by following Paul Robeson Boulevard, Suydam Street, Livingston Avenue, and George Street to end at Albany Street (NJ 27/CR 514) just south of the bridge where it crosses the Raritan River.