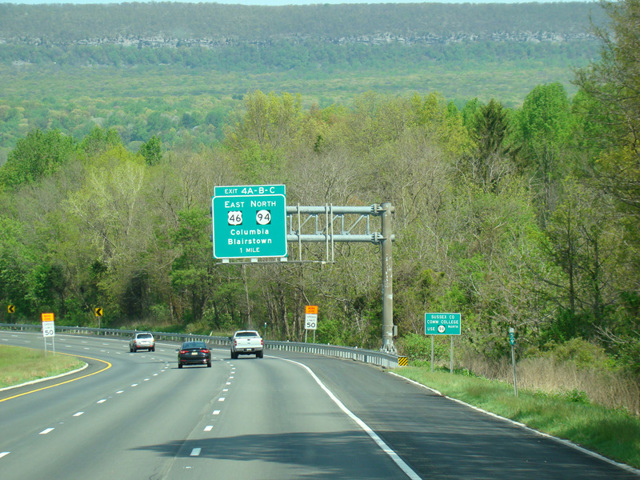 I-80 is a major cross-country interstate highway, extending all the way from San Francisco to the New Jersey Turnpike (I-95) a few miles from the George Washington Bridge. It is the second longest interstate highway in the country, after I-90. The section in New Jersey in known as the Bergen-Passaic Expressway, after two of the counties through which it passes. It enters the state from Pennsylvania at the Delaware Water Gap. The eastern portion of I-80, between the Garden State Parkway (NJ 444) and the New Jersey Turnpike (I-95), is divided into express lanes and local lanes. Motorists must be in the local lanes to exit the highway in this area.