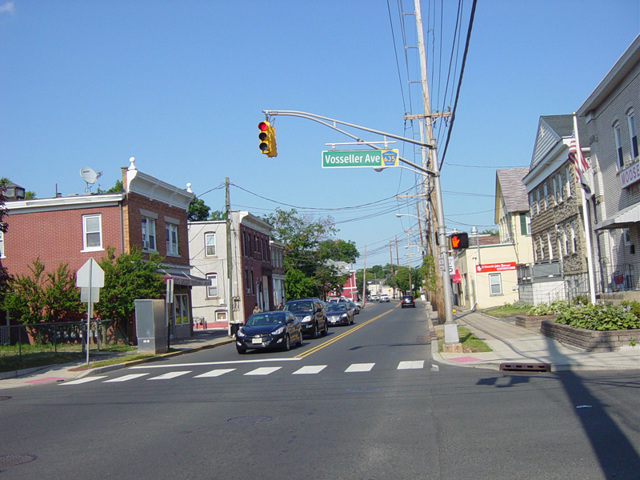 CR 533 is a north/south route in Central Jersey. It begins at US 206 just north of I-195, at the same point where CR 524 has its western terminus. It is at first called White Horse Avenue and changes names to become White Horse-Mercerville Road and then Quaker Bridge Road as it makes its way north to Lawrence, where it has a grade-separated interchange with Brunswick Pike (US 1). Just north of the interchange, Quaker Bridge Road becomes Quaker Road and crosses a small bridge over the Delaware and Raritan Canal. Quaker Road ends at US 206 in Princeton. CR 533 is then multiplexed with US 206 for a few miles before splitting off onto River Road, which changes names to become Millstone River Road. As the name indicates, it runs just west of the Millstone River. It is known as Main Street of various variants thereof in some of the towns through which it passes. In Hillsborough, there is a bypass route for about half a mile along Somerset Courthouse Road connecting to Amwell Road (CR 514). Eventually, CR 533 crosses the Raritan River to Bridgewater, where it is known as Finderne Avenue. It then turns east and follows East Main Street, Talmage Avenue, Columbus Place, and Main Street to Bound Brook, where it ends at CR 527.