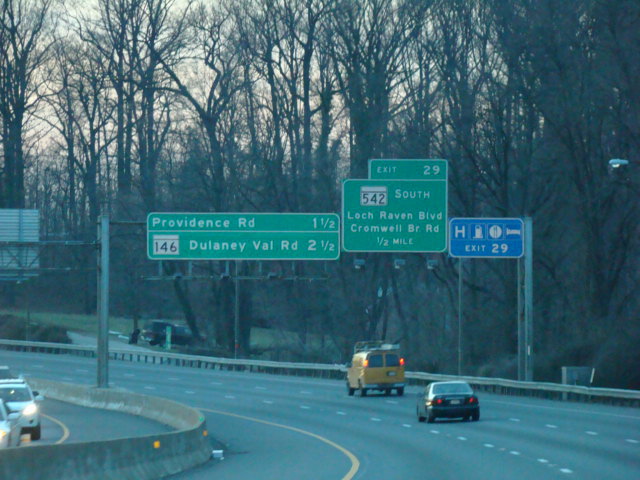 The Baltimore Beltway is a circular highway around Baltimore. Due to its circular route, it has no termini and is marked as an east/west route in some areas and as a north/south route in other areas. It runs through the suburbs surrounding Baltimore. There are junctions with several other major highways, including the John F. Kennedy Memorial Highway (I-95), the Jones Falls Expressway (I-83), the Baltimore-Harrisburg Expressway (I-83), and I-70. While the Baltimore Beltway has the same route number as the Throgs Neck Expressway (I-695) in the Bronx, the two highways have no connection other than that both are secondary routes of I-95.