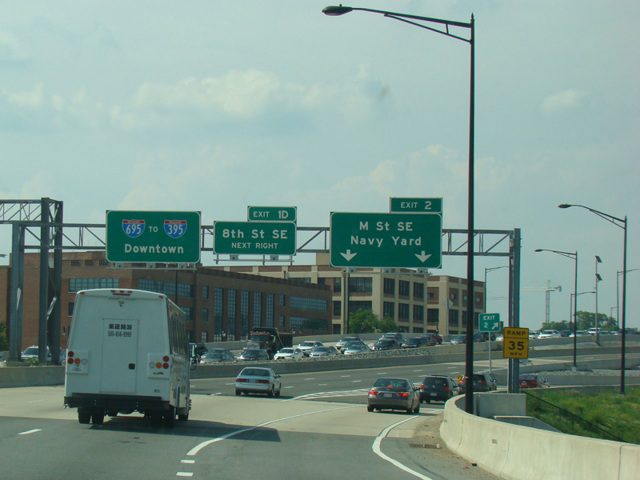 The Southeast Freeway is a short east/west freeway in Washington, DC. It begins at Southwest Freeway (I-395) at the point where it curves to the north to become the Center Leg Freeway. It runs east to a bridge over the Anacostia River and ends on the other side at the Anacostia Freeway (I-295/DC 295) at the point where it changes designation from an interstate to a state route.