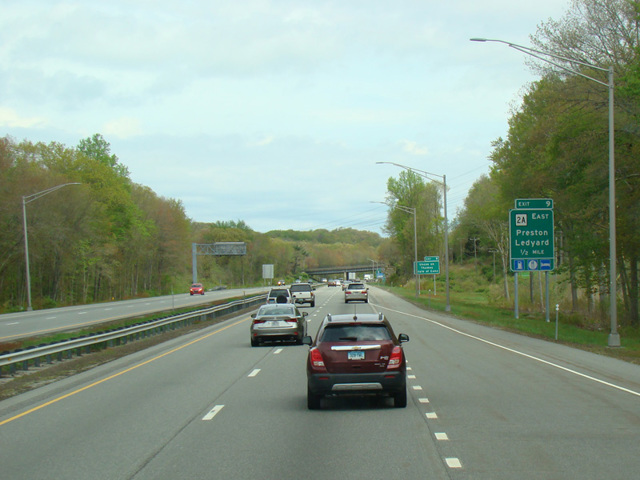 Originally I-395 used an exit numbering scheme that continued the numbers from I-95, since both are considered to be part of the Connecticut Turnpike. It had the only three-digit exit numbers in the state. The exits have since been renumbered based on a milepost system, making it one of the few roads in the state to use such a system at this point.