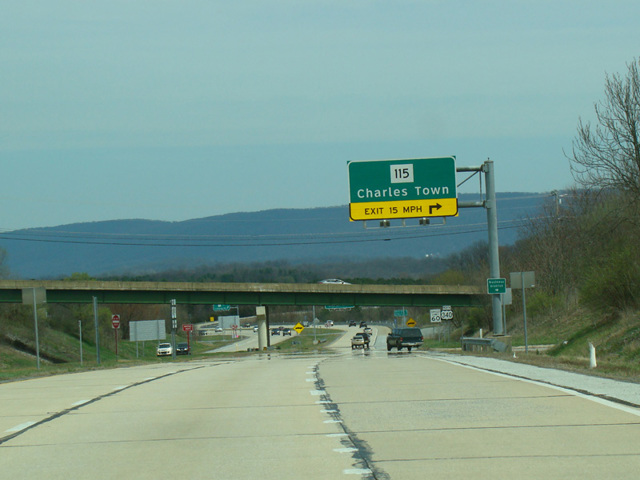 US 340 is a north/south route extending from Greenville, Virginia, to Frederick, Maryland. It has a relatively short run in West Virginia, passing through the state's eastern panhandle. The first section after entering the state from Virginia is a two-lane undivided road called Berryville Pike. After a few miles, it widens to become a large divided highway that looks like an ADHS corridor but isn't one. In Charles Town, WV 9 joins US 340. The two routes are multiplexed for one exit. Then, they split as US 340 takes an exit from itself and turns to the east. After a short distance, it reaches Harpers Ferry, the easternmost town in the state and the site of the abolitionist John Brown's historic raid in protest of slavery. There is a bridge over the Shenandoah River. A short distance thereafter, US 340 crosses back into Virginia for about half a mile before crossing the Potomac River to Maryland.