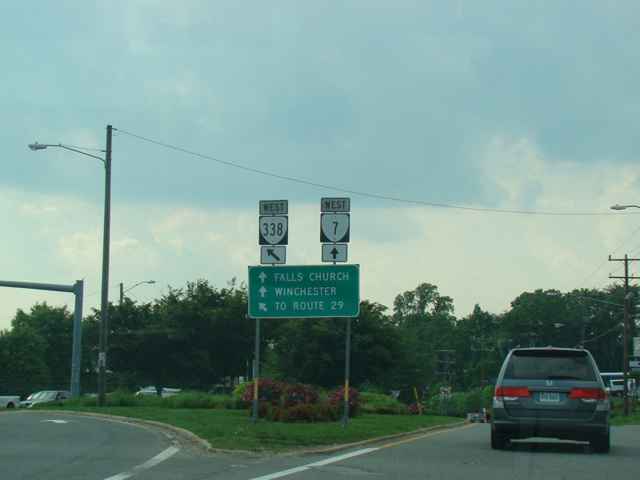 VA 7 is an east/west route through the suburbs and exurbs of Washington. It runs diagonally to the southeast from Winchester to Arlington. In most areas, it is a four-lane divided highway with a mixture of traffic lights and grade-separated interchanges. It is known as Berryville Pike from Winchester to Berryville, Harry Byrd Highway from Berryville to Sterling, and Leesburg Pike from Sterling to Falls Church. In the vicinity of Purcellville and Hamilton, Harry Byrd Highway becomes a freeway for a few miles. There is a business route parallel to this section. There is also a freeway section called the Leesburg Bypass that loops around Leesburg. The sections in Winchester and between Falls Church and Arlington follow the local streets and are narrower.