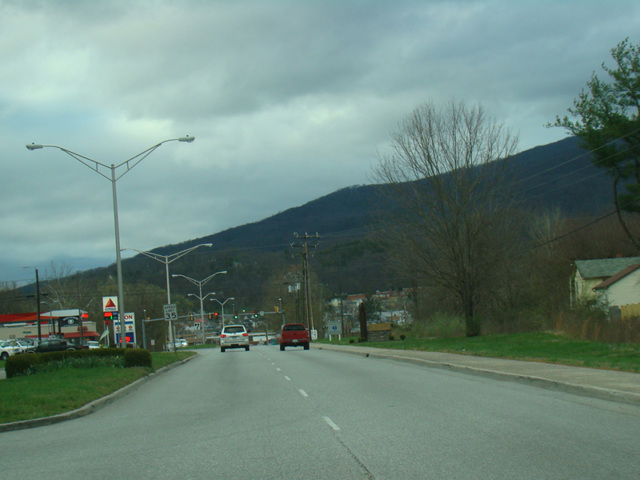 VA 154 is a short north/south route in Covington. South Durant Road takes on the VA 154 designation at its interchange with I-64. It runs north as a four-lane divided road, crosses a small bridge over the Jackson River, changes names to become South Craig Avenue. After a short distance, the median ends, and it narrows down to two lanes. It ends after a little over a mile, curving to the east to become West Locust Street, a local street. There is also a second section of VA 154 along East Riverside Street and East Hickory Street in Covington, but the two do not connect directly.