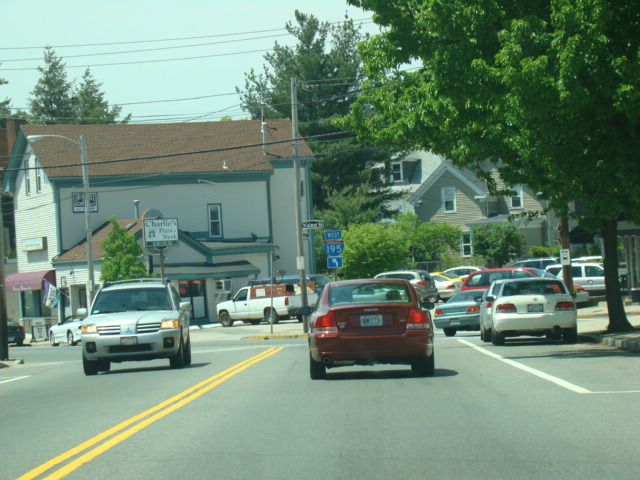 US 44 is an east/west route from Kerhonkson, NY, to Plymouth, MA. It is the northernmost major east/west route in Connecticut and Rhode Island. From the Connecticut border through most of Rhode Island, US 44 is called Putnam Pike. In North Providence, it changes names to become Smith Street. In Providence, it is routed along parallel sets of one-way streets to I-195/US 6. Eastbound traffic follows Canal Street, Steeple Street, Dyer Street, Delta Street, and South Water Street. Westbound traffic follows North Main Street and South Main Street. US 44 is multiplexed with I-195/US 6 across the Seekonk River to East Providence. On the other side of the river, US 44 is called Taunton Avenue and runs east into Massachusetts.