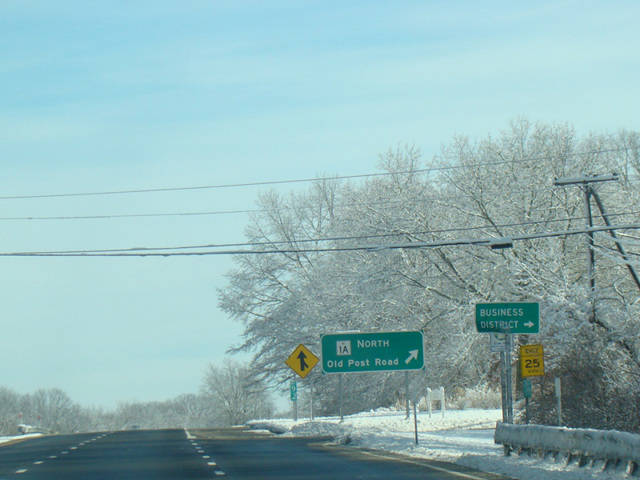 US 1 is a major route running from Key West in Florida to the Canadian border in Maine. Prior to the construction of I-95, it was the main route along the East Coast. In Rhode Island, US 1 runs east along the Atlantic Ocean to Narragansett and then north along Narragansett Bay to Providence. For much of its length, it is a four-lane divided highway with most exits only directly accessible from one side, avoiding the need for overpasses. Turnarounds are provided so that vehicles travelling in each direction can access the exits on the other side. This is a similar configuration to what exists on the Ocean Parkway on Long Island. US 1 is an ordinary local road with traffic lights in Westerly near the Connecticut border and in Providence and its suburbs near the Massachusetts border.