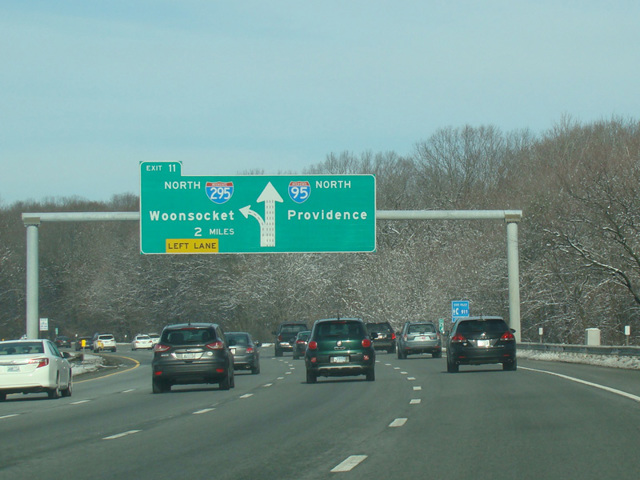 I-95 is a main interstate that runs along the east coast from Florida to Maine. It passes through Rhode Island between Connecticut and Massachusetts. While I-95 is the longest highway in the state, the section in Rhode Island is very short, less than 50 miles long. The southern section of the route is through rural surroundings and has two lanes in each direction. The northern section runs through Providence and its suburbs and has three to four lanes in each direction.