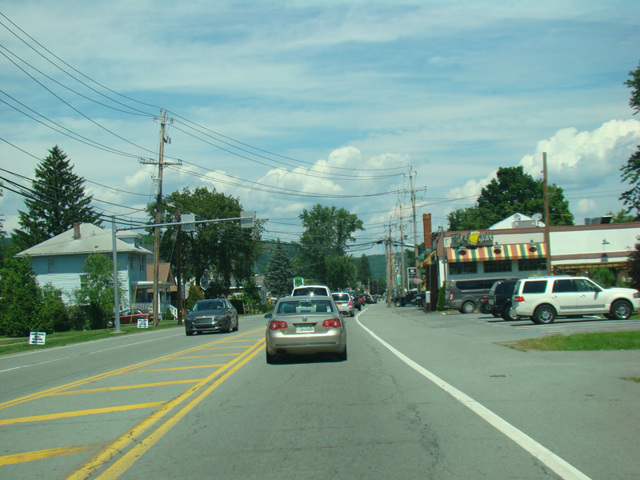 US 6 is a major east/west route crossing the country from Bishop, California, to Provincetown, Massachusetts. It is one of the longest routes in the country, longer than any interstate highway. It enters Pennsylvania from Ohio north of the Pymatuning Reservoir and runs southeast to Conneaut Lake, where it merges with US 322. The two routes are multiplexed for about 10 miles to Meadville, just east of I-79, where they split. US 6 runs north for about 20 miles and then turns to the east again.

US 6 winds its way through the northern area of the state, about 10 miles south of the New York border. It eventually curves to the southeast, following the Susquehanna River to Factoryville, where it merges with Lackawanna Trail (US 11) at a grade-separated interchange. US 6 and US 11 are multiplexed until the northern terminus of the Northeast Extension of the Pennsylvania Turnpike (I-476) north of Scranton. US 6 follows I-476 for one exit to I-81 and then is multiplexed with I-81 south for a few exits to Scranton. There, it splits off as an expressway called the Lackawanna Valley Industrial Highway, which extends north to Carbondale, where the expressway ends. US 6 then runs east to Honesdale, south to Hawley, and east again to Milford. The Pennsylvania section of US 6 ends in Matamoras, where it crosses the Delaware River to Port Jervis, New York.