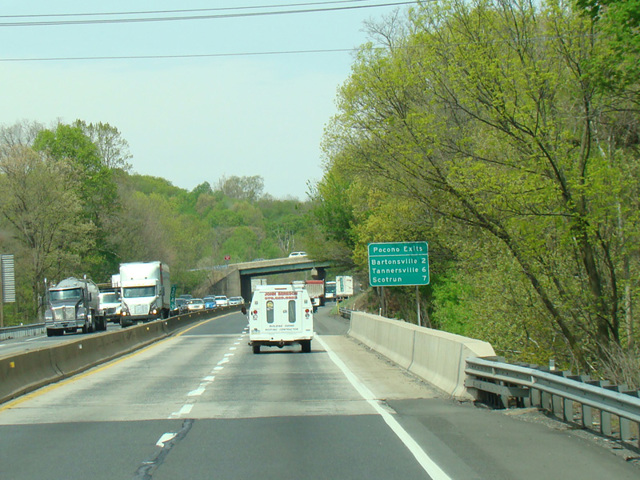 I-80 is a major cross-country highway, extending all the way from San Francisco to the New Jersey Turnpike (I-95) a few miles from the George Washington Bridge. It is the second longest interstate highway in the country, after I-90. The section in Pennsylvania is known as the Keystone Shortway, a somewhat misleading name considering that is the second longest highway in the state, after the Pennsylvania Turnpike (I-76/I-276). It is almost always referred to by its number rather than its name. It crosses the state, extending all the way from Ohio to New Jersey and passing primarily through rural areas. For motorists making long-distance trips across the state, it provides a free alternative to the turnpike.

The portion of I-80 in Pennsylvania is sometimes known as the Keystone Shortway, although this name is not widely used and is not posted on any signs.