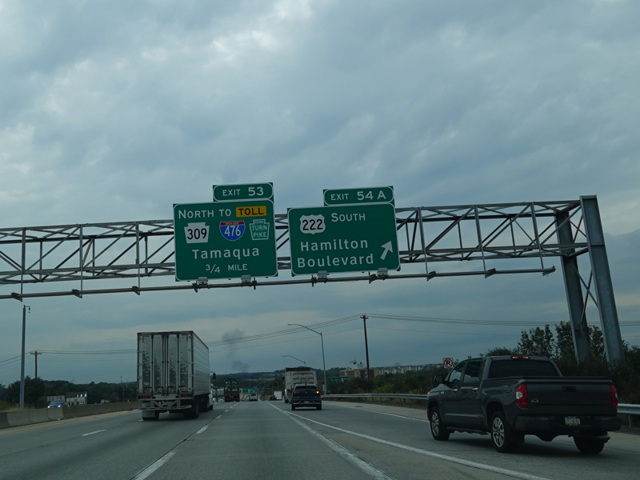 I-78 is an east/west highway extending from the suburbs on Harrisburg, Pennsylvania, to New York City. It begins at I-81 in Jonestown, northeast of Harrisburg and runs to the east. After a few miles, US 22 merges in and multiplexes with I-78 for most of its length in Pennsylvania. The two routes split in Allentown, just west of the Northeast Extension of the Pennsylvania Turnpike (I-476). I-78 curves to the southwest and crosses the turnpike with no direct interchange. Motorists wishing to make the connection must use US 22, which in this area is known as the Lehigh Valley Thruway. US 22 runs north of Allentown, Bethlehem, and Easton, while I-78 runs south of them. From Easton, both highways cross the Delaware River into New Jersey.