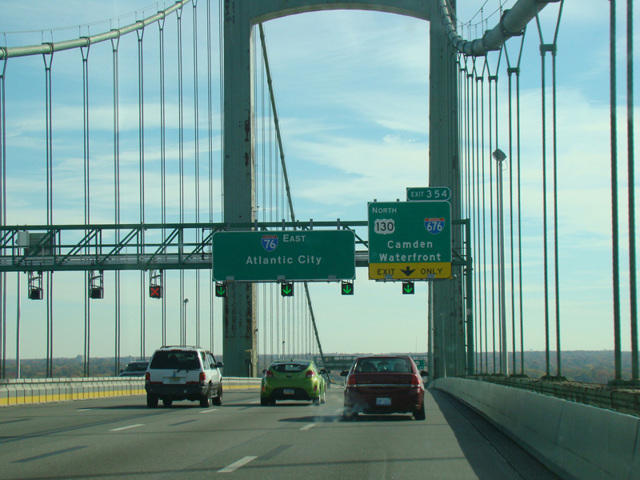 I-76 is a major east/west highway crossing Pennsylvania from Ohio to New Jersey. For most of its length, it follows the Pennsylvania Turnpike, the state's main toll highway. It enters the state from Ohio a few miles southeast of Youngstown and runs southeast, passing near Pittsburgh without going through the city. To the southeast of Pittsburgh, the turnpike merges with I-70, and the two interstates run east multiplexed. In Breezewood, they split at an infamous interchange where motorists following I-70 must pass through traffic lights on US 30 to get to the section east of here from the turnpike.

I-76 continues to follow the turnpike, passing through Harrisburg and eventually reaching King of Prussia in the suburbs of Philadelphia. There, I-76 leaves the turnpike, which continues east toward New Jersey as I-276. I-76 continues southeast to Philadelphia as a free highway called the Schuylkill Expressway, which as its name suggests, runs along the Schuylkill River. It ends at the Walt Whitman Bridge, a suspension bridge over the Delaware River to Camden, New Jersey.