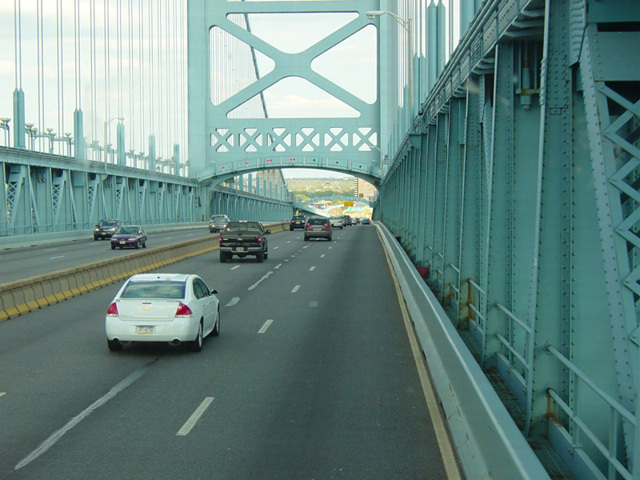 I-676 is a short loop off of I-76 in New Jersey and Pennsylvania. The section in Pennsylvania, known as the Vine Street Expressway, is a short expressway crossing Philadelphia from the Schuylkill Expressway (I-76) to the Delaware Expressway (I-95). The Ben Franklin Bridge is a suspension bridge that carries I-676 across the Delaware River to New Jersey. Since the point where the bridge touches down in Philadelphia is home to Independence Hall and numerous other important historical sites, there is no direct highway connection between the bridge and the expressway. Instead, motorists must travel on the local streets for a couple of blocks to connect between them. This is one of the few places in the country where there are traffic lights on an interstate. However, the Vine Street Expressway does have a direct highway connection to the Delaware Expressway (I-95) at its eastern end.