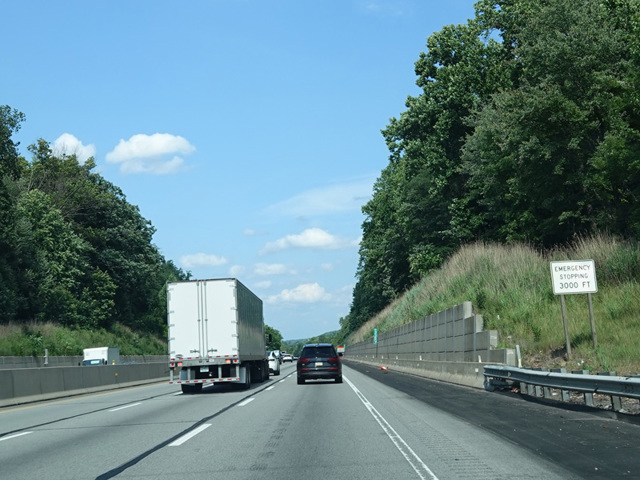 The Pennsylvania Turnpike is a major toll highway crossing Pennsylvania from Ohio to New Jersey. From the Ohio border to King of Prussia in the suburbs of Philadelphia, it is designated I-76. At exit 326 in King of Prussia, I-76 leaves the turnpike and cuts southeast to Philadelphia as the Schuylkill Expressway. The portion of the turnpike east of this interchange is designated I-276 until Bristol. There, a flyover roadway from the Delaware Expressway (I-95) merges with the turnpike. I-276 ends, and the turnpike becomes I-95 for the remainder of its length to the bridge to New Jersey.