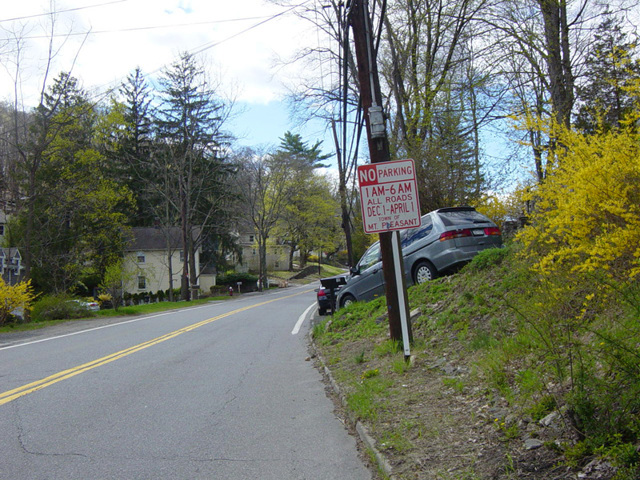 Pleasantville Road is a two-lane undivided road extending from Pleasantville to Ossining. Some portions are county routes while other portions are under local jurisdiction. CR 40 extends from South State Road in Briarcliff Manor, just west of the Briarcliff-Peekskill Parkway (NY 9A), to the Pleasantville village line, where it changes designation to become CR 106.

There is also a second portion of Pleasantville Road further north that also carries the CR 40 designation. It extends from North State Road to the Briarcliff Manor-Ossining village line and does not connect to the main portion of CR 40 or to any other state or county route. (Several cases of multiple routes with the same number and numerous routes that end abruptly at municipal boundaries are among the things that would make Westchester's county route system very confusing if it were to be signed.)