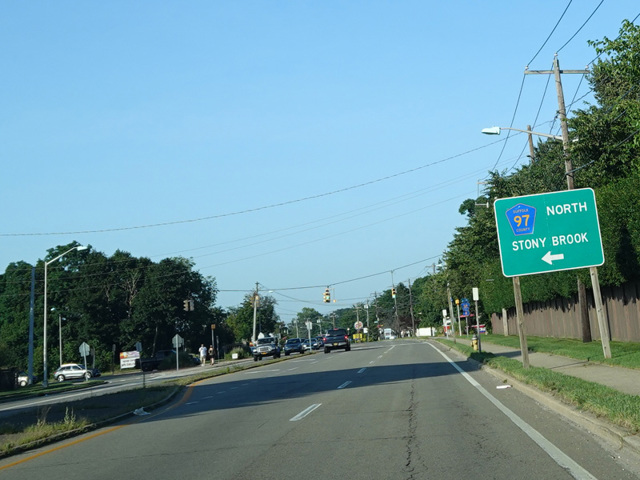 Montauk Highway in the southernmost major east/west route in Suffolk County. It is also the longest named road on Long Island, running almost the entire length of Suffolk from Copiague to Montauk. The entire length of Montauk Highway used to be a state road, designated as NY 27A from Copiague to Southampton and NY 27 from Southampton to Montauk. In 1972, the portion of NY 27A east of Oakdale, where it has an interchange with Sunrise Highway (NY 27), was decommissioned. Montauk Highway takes on the designation of Suffolk CR 85 at the point where NY 27A ends at NY 27 in Oakdale. In Patchogue, Montauk Highway changes names to become Main Street and CR 85 ends. Main Street is a village road carrying no numerical designation, although it was part of the original NY 27A. It extends east for about a mile and changes names to become Montauk Highway again. East of Patchogue, Montauk Highway is designated CR 80.