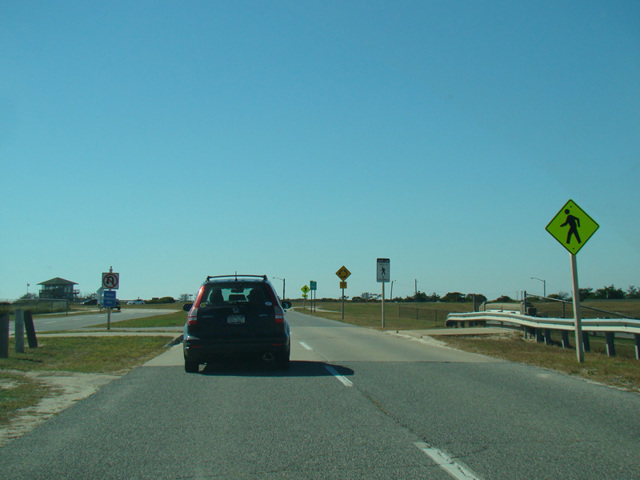 Fire Island Beach Road is a short east/west route inside Smith Point Park on Fire Island. It extends half a mile from a traffic circle at the southern terminus of the William Floyd Parkway (CR 46) to the parking fields for the park. It is a four-lane divided highway that was originally constructed to be part of an otherwise unbuilt extension of the Ocean Parkway east onto Fire Island. It is one of the few county routes in Suffolk for which the route number is not signed.