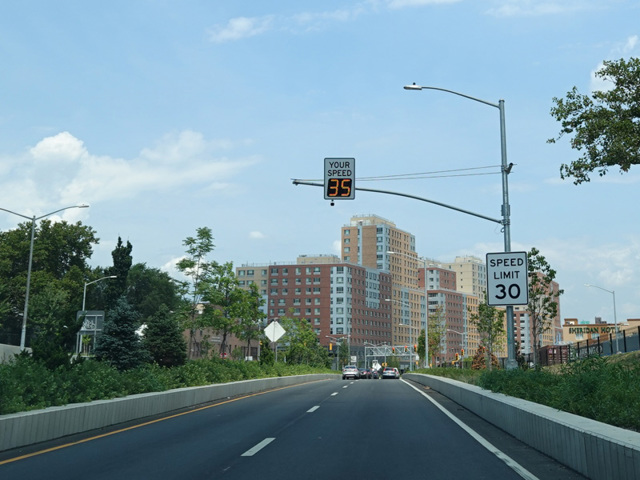 The Sheridan Expressway was a short north/south highway in the Bronx. It was originally planned to extend from the Bruckner Expressway (I-278) to the New England Thruway (I-95) just south of the Bronx-Westchester county line. It would have provided a more direct route for motorists travelling north from the RFK Bridge (I-278) and the George Washington Bridge (I-95/US 1/US 9), bypassing the Bruckner Interchange. However, only a small portion of the expressway between the Bruckner Expressway (I-278) and the Cross Bronx Expressway (I-95) was actually constructed. It primarily served truck traffic to the Hunts Point Market. Just over a mile long, it was the shortest interstate in New York State.

In 2018, work began to convert the Sheridan Expressway to an at-grade boulevard with some traffic lights in order to better serve the surrounding neighborhood. This conversion caused the road to no longer meet interstate standards, it was renamed Sheridan Boulevard and redesignated NY 895, making it the highest-numbered signed state route in New York.