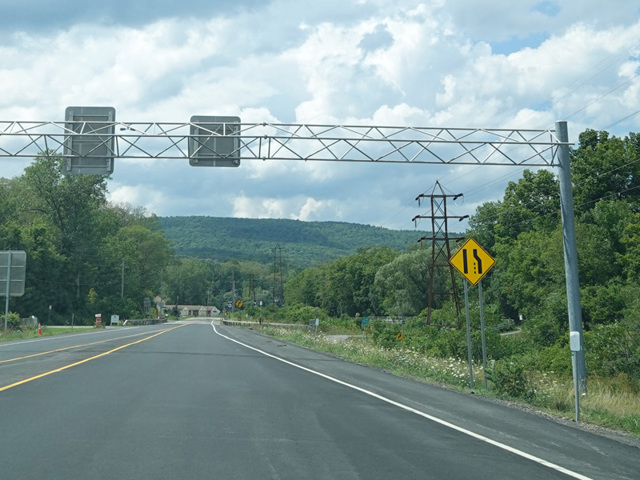 NY 5S is an east/west route running along the Erie Canal from Utica to Schenectady. Its number derives from the fact that it runs south of the canal, while NY 5 runs parallel to it north of the canal in this area. In Utica, Oriskany Street West (NY 5A) changes both name and number to become Oriskany Street East and NY 5S. It is a large divided boulevard for about half a mile and then becomes an expressway called the East-West Arterial Highway, which runs east to Mohawk. Near its eastern end, the arterial becomes a super-2, a two-lane undivided expressway. Just before Mohawk, the arterial ends and NY 5S continues as a surface road. It follows the New York Thruway (I-90), crossing it a number of times along the way without having any interchanges. It ends at I-890 and NY 890 in Schenectady, near their interchange with the Thruway.