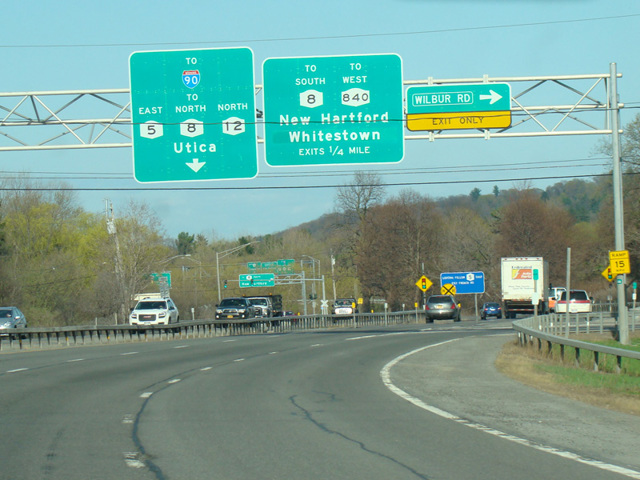 NY 5 is a major east/west route in Upstate New York, extending from Albany all the way to the Pennsylvania border, where it becomes PA 5. It serves as a local and free alternative to the New York Thruway (I-90), which it is fairly close to throughout its length. It follows the local streets for most of its length, although there is an expressway section in Buffalo called the Buffalo Skyway. In Utica, it is multiplexed with NY 8 and NY 12 as the North-South Arterial Highway, which has a mixture of grade-separated interchanges and traffic lights. At the end of the arterial, it is multiplexed with I-790 for its entire length. There is also a long multiplex with US 20 for a good part of the distance between Rochester and Syracuse.