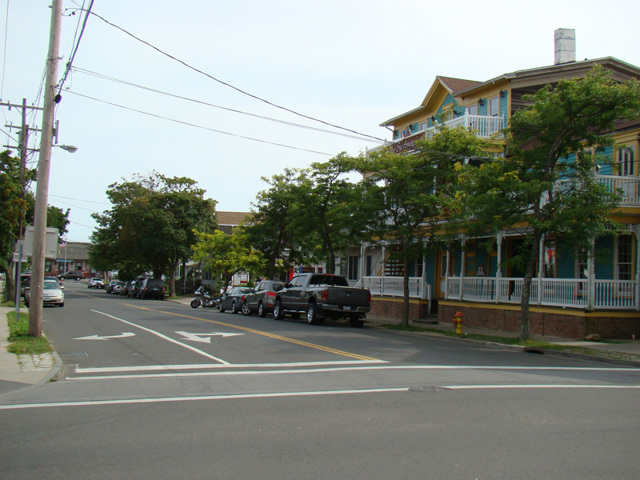 NY 114 is the easternmost major north/south route on Long Island. It is unique among Long Island's state routes in that it is not continuous but rather is divided into three sections, which are connected by two ferries. NY 114 begins at Montauk Highway (NY 27) in East Hampton on the South Fork. It runs northwest to Sag Harbor and then north to North Haven, where it ends at the first ferry. It begins again on Shelter Island. There, it runs north as South Ferry Road and North Ferry Road to Shelter Island Heights at the northern end of the island. It is routed along a pair of parallel one-way streets, Clinton Avenue and Grand Avenue, to the second ferry. It begins again in Greenport on the North Fork. This last section, known as Third Street, extends one block from the ferry to Front Street (NY 25), where NY 114 ends.