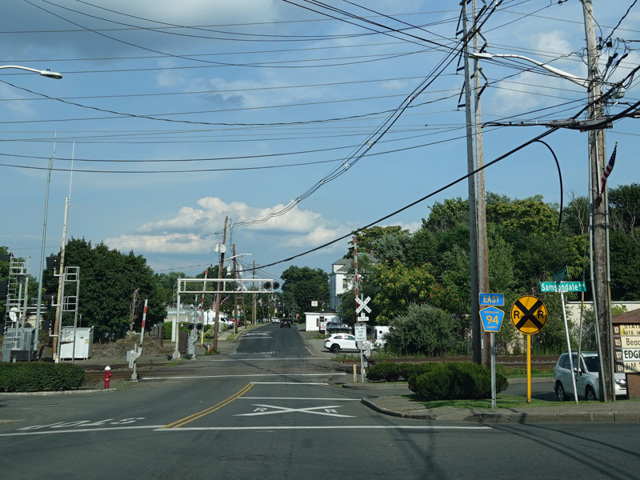 CR 94 is an east/west route in Stony Point and West Haverstraw. It begins at Willow Grove Road (CR 98) just east of its interchange with the Palisades Parkway. The first section, Letchworth Village Road, begins by running south and then curving to the east. At a traffic light at Thiells-Mount Ivy Road (CR 47), it changes names to become Suffern Lane. Despite its name, Suffern Lane doesn't come anywhere near Suffern. The two routes are multiplexed for one block, and then CR 47 splits off to the north as Hammond Road. Suffern Lane continues east to a traffic light at Main Street (CR 33) and Central Highway (CR 33), where it changes names again to become Railroad Avenue. It continues east toward the Hudson River. Shortly before reaching the river, it curves to the north to become Beach Road (CR 108).