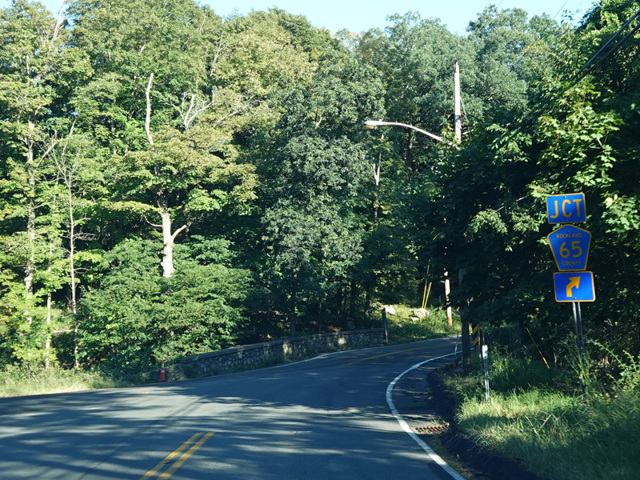 Cedar Flats Road is a short north/south route in Stony Point. Contrary to its name, there is nothing particularly flat about it, as it is a fairly curvy road through undulating terrain. It is designated CR 69, but the signage only makes reference to the street name. There are no county route signs. It begins at Central Drive (CR 106) and runs north for about a mile and a half to Queensboro Road, which is designated CR 69A to the west. CR 69 turns east onto Queensboro Road, which ends after one block, curving back to the south to become Bulsontown Road (CR 65). Mott Farm Road (CR 118) also begins at this point.