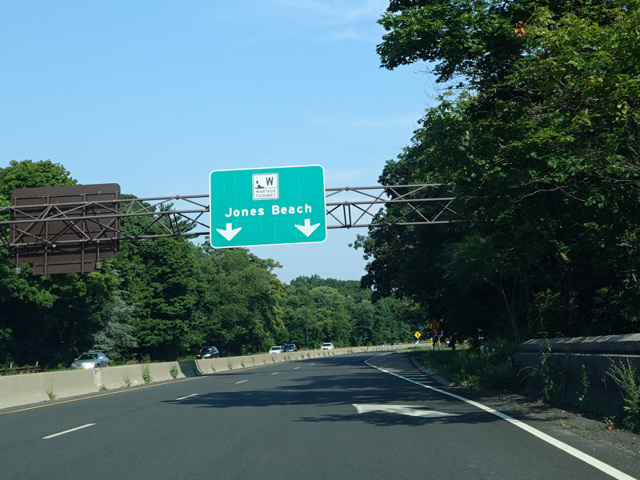 The Wantagh Parkway is a major north/south route in Nassau. It begins at the Northern Parkway in Westbury and runs to the south. It ends at a traffic circle interchange with the Ocean Parkway in Jones Beach State Park. There is a paved bicycle path parallel to the parkway from Merrick Road (CR 27) to Jones Beach, which can be accessed from Cedar Creek Park. There is also a bicycle path that runs parallel to the remainder of the parkway, but it is not maintained, narrow, and in bad condition.