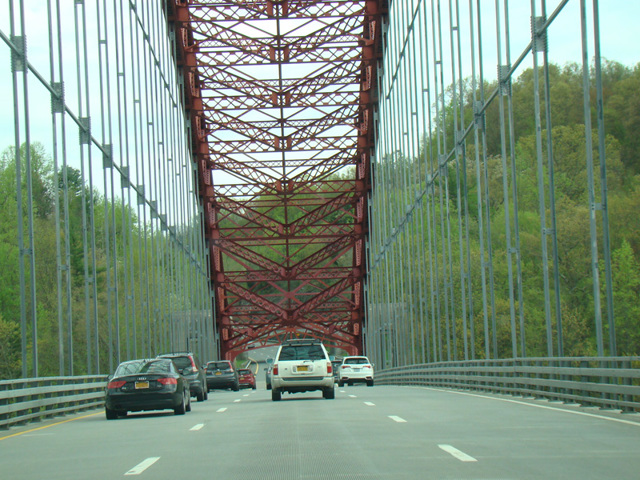 The Taconic Parkway is a north/south highway through the Hudson Valley. It is notable both for being one of the most scenic roads in the region and for being the longest parkway and longest reference route in New York State. It begins at the Kensico Dam Plaza traffic circle in Valhalla, where the Bronx Parkway has its northern terminus and extends north to the Berkshire Connector (I-90), an extension of the New York Thruway, in East Chatham, about 20 miles from Albany. Motorists travelling between New York City and Albany can use the Taconic Parkway as a free alternative to the New York Thruway (I-87). North of I-84, the Taconic Parkway is the only north/south limited-access road on the east side of the Hudson River. The northernmost section of the parkway has an number of at-grade intersections with local streets where the only traffic control is a stop sign for the street crossing the parkway.